At Relative Insight, we are all about unlocking insights from text through comparison. When we saw Virgin Galactic and Amazon’s Blue Origin both complete suborbital flights within a week of each other, we saw an opportunity.

Both billionaires traveled to space and back, but the conversation around Jeff Bezos and Richard Branson shows huge differences in public opinion. We compared tweets discussing the flights from the three days following each launch – totaling over 3 million words. After uploading the text file to Relative Insight, we were able to uncover the differences in conversation surrounding Blue Origin and Virgin Galactic. Here’s what we found:

Many tweets used the Blue Origin launch of New Shepard as a reason to discuss taxes, poverty, socialism and other political concepts. Bezos has received an overwhelmingly negative response from the public as employees come forward claiming demanding and unsafe working conditions.

Many called Bezos hypocritical for spending billions to visit space when his employees are mistreated and underpaid. The Blue Origin launch was trivialized by the public and reduced to a space cowboy’s joyride. This shows a lack of respect for Bezos’ accomplishment amidst a slew of criticisms.

The Jeff Bezos slander didn’t stop there. A range of negative adjectives and names including evil, hate, stupid and disgusting were used to describe the billionaire. Although historic, the Blue Origin launch did not improve public perception of Bezos. Our analysis shows the event enhanced his existing image as a villainous character. 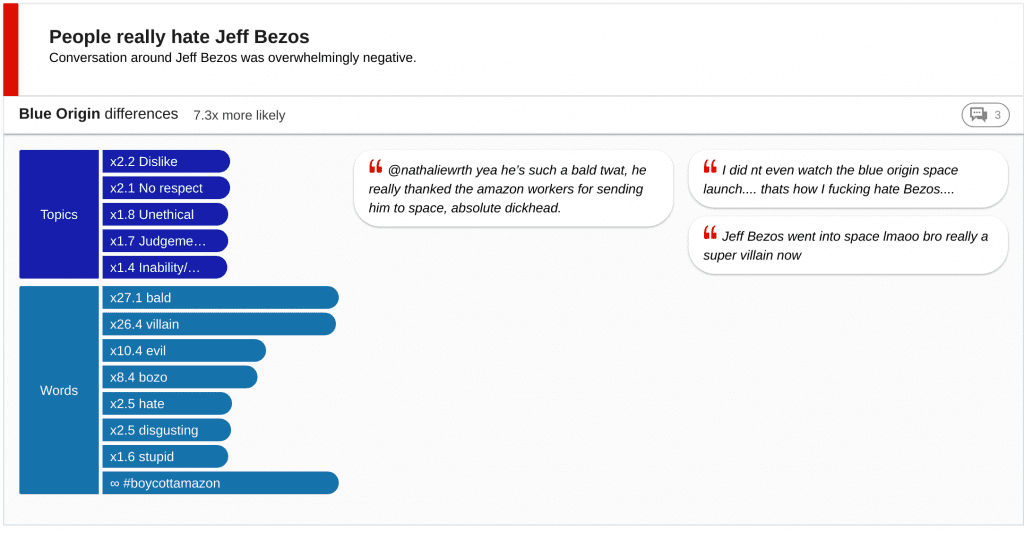 The design of New Shepard didn’t help either. Many, many people drew similarities between the round, cylindrical spaceship and certain phallic objects. The existing dislike for Bezos heightened conversation around the ship’s appearance. Bezos-hating Twitter users will take any opportunity to criticize the tech tycoon.

Virgin Galactic completed the launch of the 22nd test flight of VSS Unity on July 11, one week before Blue Origin. As the first successful flight carrying a well known public figure, we observed a positive public response. The launch was described as historic and a success – with the public celebrating and congratulating the crew.

Much of the public agreed that the launch was impressive, but that didn’t stop them from comparing Branson to another, even more famous billionaire – Elon Musk. Virgin Galactic was often discussed in comparison to SpaceX. Although Blue Origin was Virgin’s most imminent competition, Branson and Musk were described as rivals.

Conversation around the launch was exactly what you would expect. We saw more use of space-related words like spaceship, rocket and mission. This demonstrates that the launch was viewed for what it was, not eclipsed by the reputation of Richard Branson like we saw with Jeff Bezos.

Although Branson didn’t overshadow the launch, something else did – football. Italy and England competed in the European Championship final on the same day of the Unity 22 launch. Let’s just say people were very distracted and frankly didn’t care. Virgin is not as well known or as controversial compared to Amazon, so Branson received less attention.

Blue Origin and Virgin Galactic achieved the same thing within the same timeframe, and yet republic response was not the same. Our analysis demonstrates that the individual or company making the achievement impacts how it is perceived. If the public hates you, going to space won’t fix it. 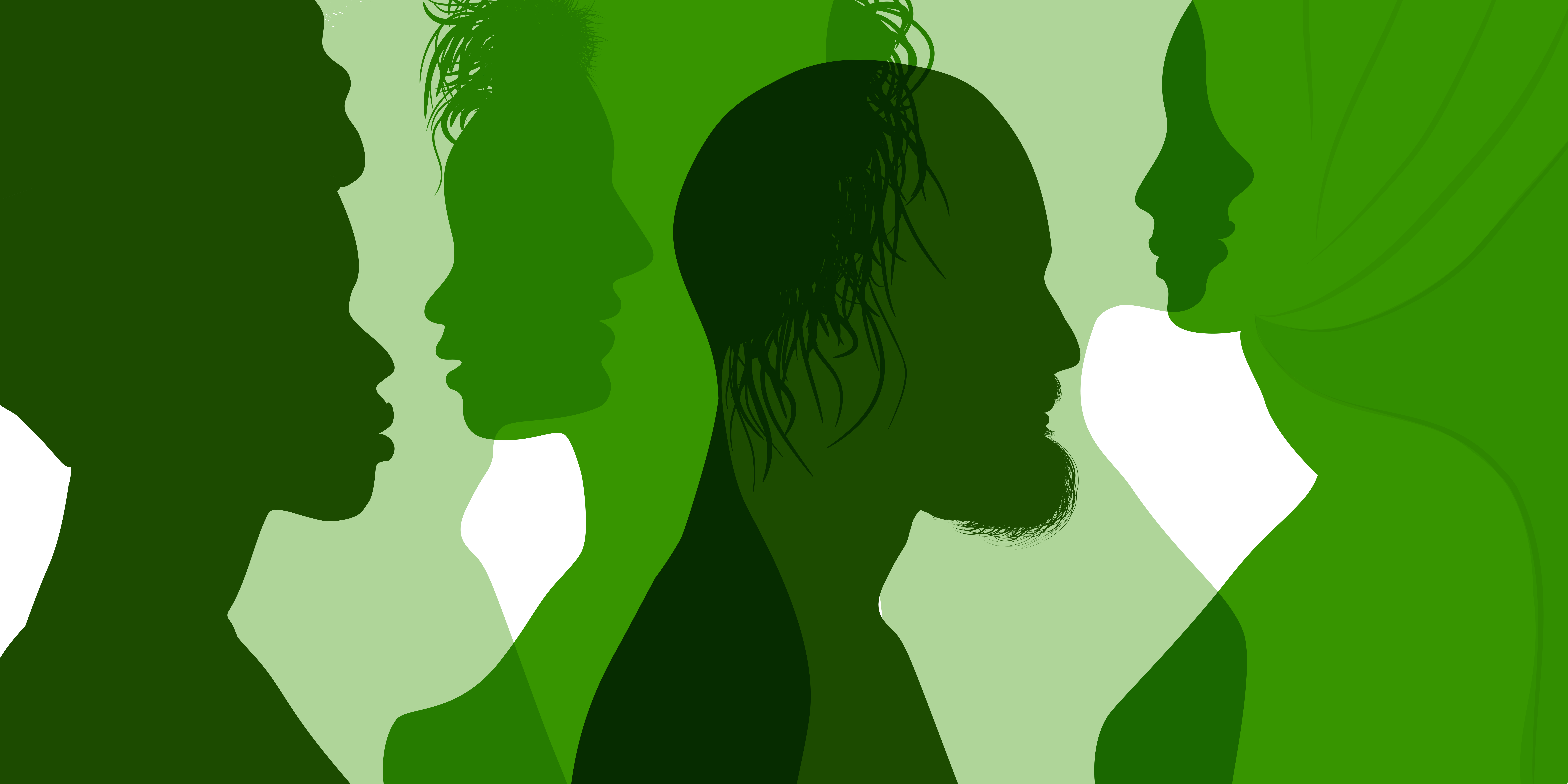