Even if you know absolutely nothing about gaming, you’ve probably heard how it has been near impossible to buy the new PS5.

This made us think – with all the conversation surrounding recent Playstation and Xbox product launches, there have to be some interesting social insights, right?

We used Relative Insight to sift through thousands of tweets from the day of release, uncovering unique attributes of Playstation and Xbox customers. Our comparison-based text analysis looks beyond frequency to reveal differences in each brand’s product launch experience. 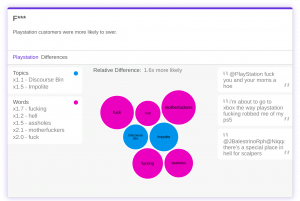 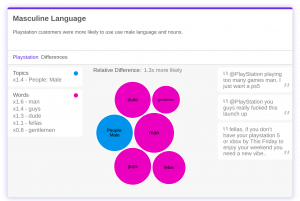 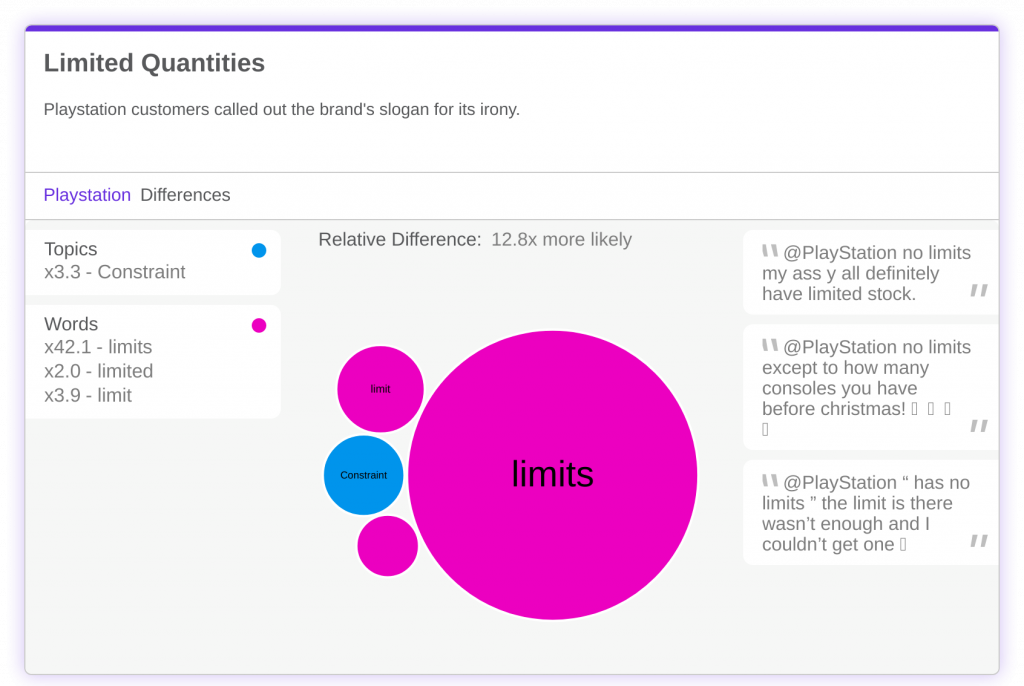 While attempting to nab one of the few consoles left, users were willing to do whatever it took. Rumors of buyers using tricks to skip the automated purchasing queue were rampant on Twitter. Some users claimed success… most others did not. 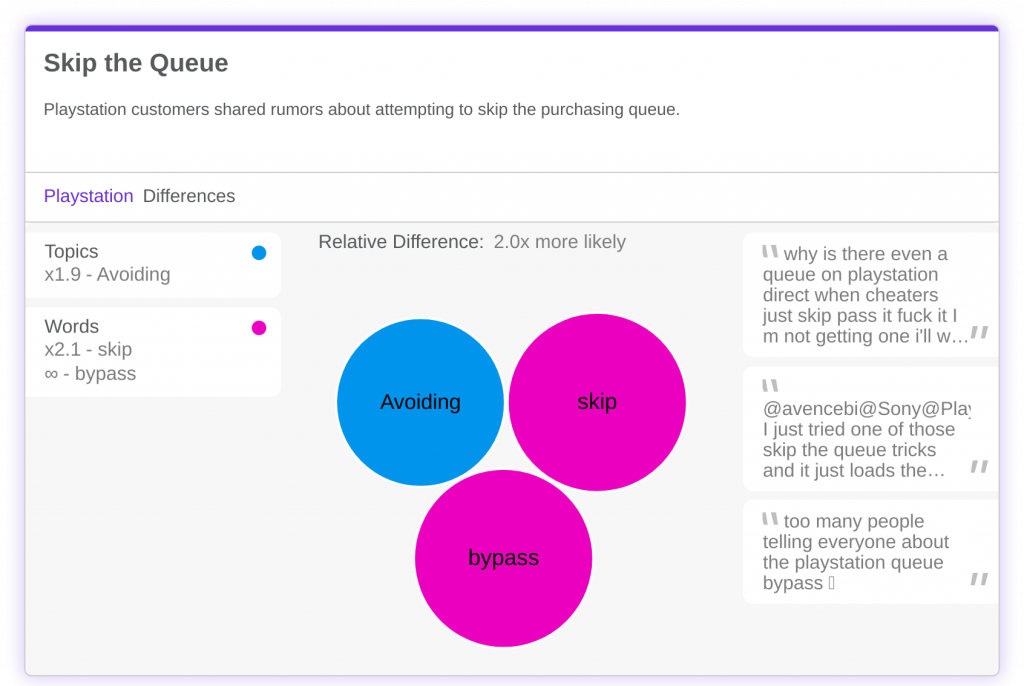 Among the stress and uncertainty of the PS5 launch, buyers turned to a higher power. They were more likely to ‘pray to God’ and ask for ‘blessings’ in an attempt to get their hands on the item. Often said in a comedic tone, most usages do not appear to be genuine. 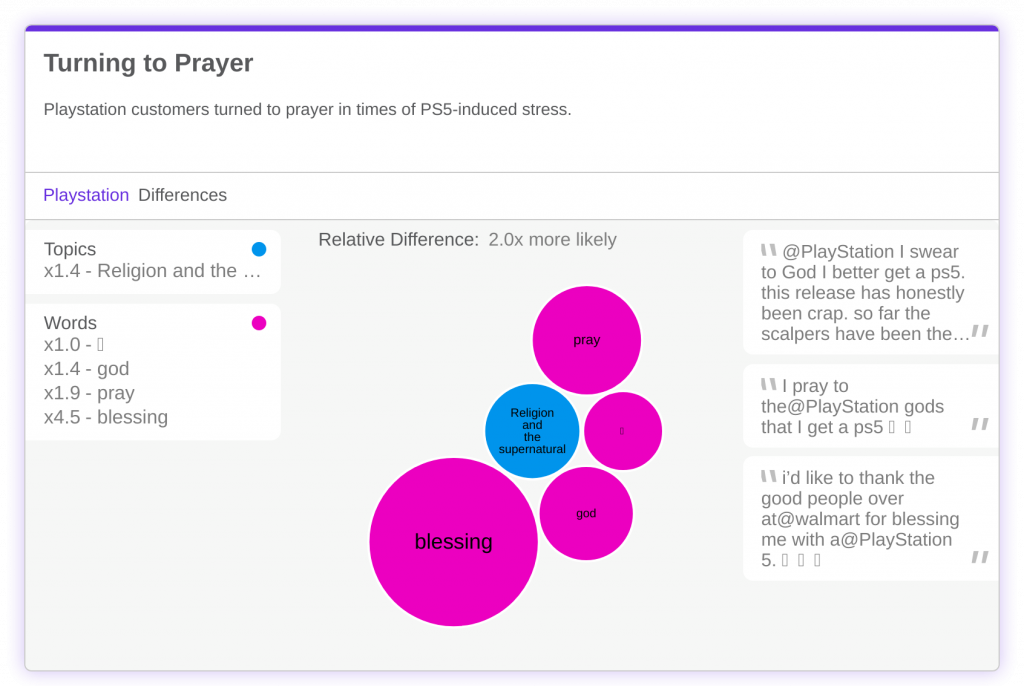 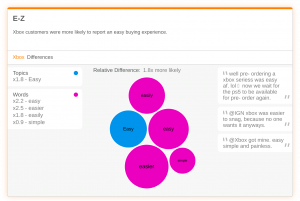 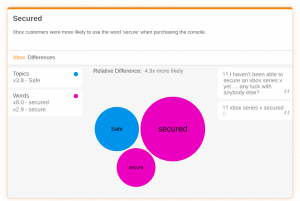 But wait! Not everyone was so lucky. Xbox buyers were more likely to use words like ‘failure’ and ‘fiasco’ to describe their experience. They also used those words to draw comparisons to the chaos they saw during the Playstation launch. No brand was safe from the criticisms of Xbox users. 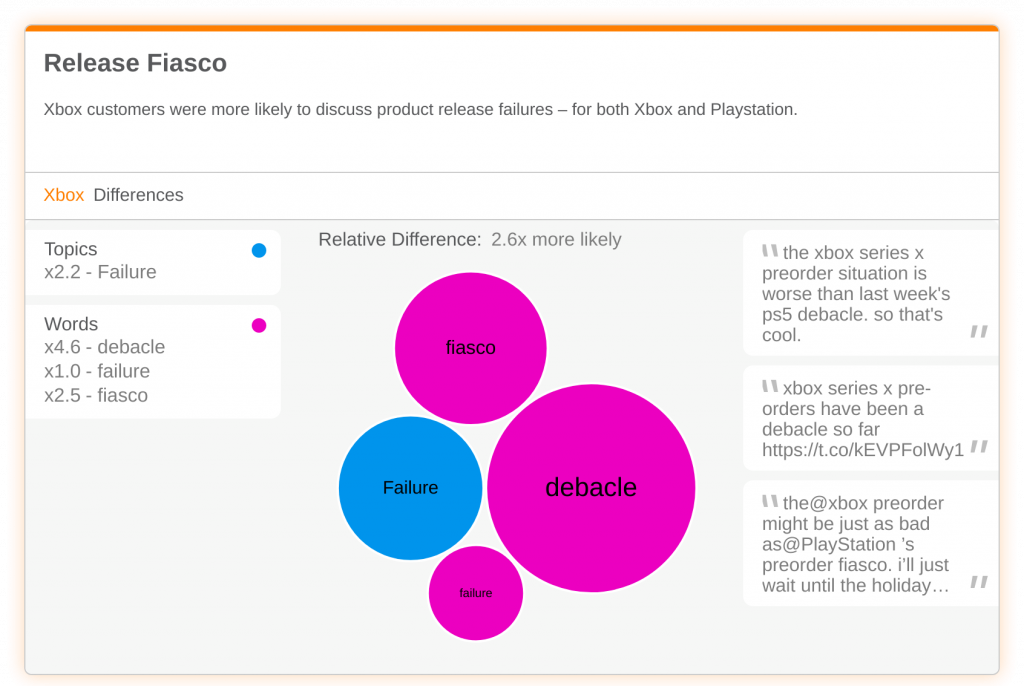 Xbox Series X
Not only was the Xbox release a fiasco, users found the product confusing as well. The two new models are named the Xbox Series X and Xbox Series S, but the brand’s 2017 model bears a similar name – Xbox One X. Users on Twitter found the similarity confusing, theorizing that some less-familiar buyers might purchase the wrong item. Amazon sales of the Xbox One X even increased by 787% when the 2020 pre-order was announced. Coincidence? 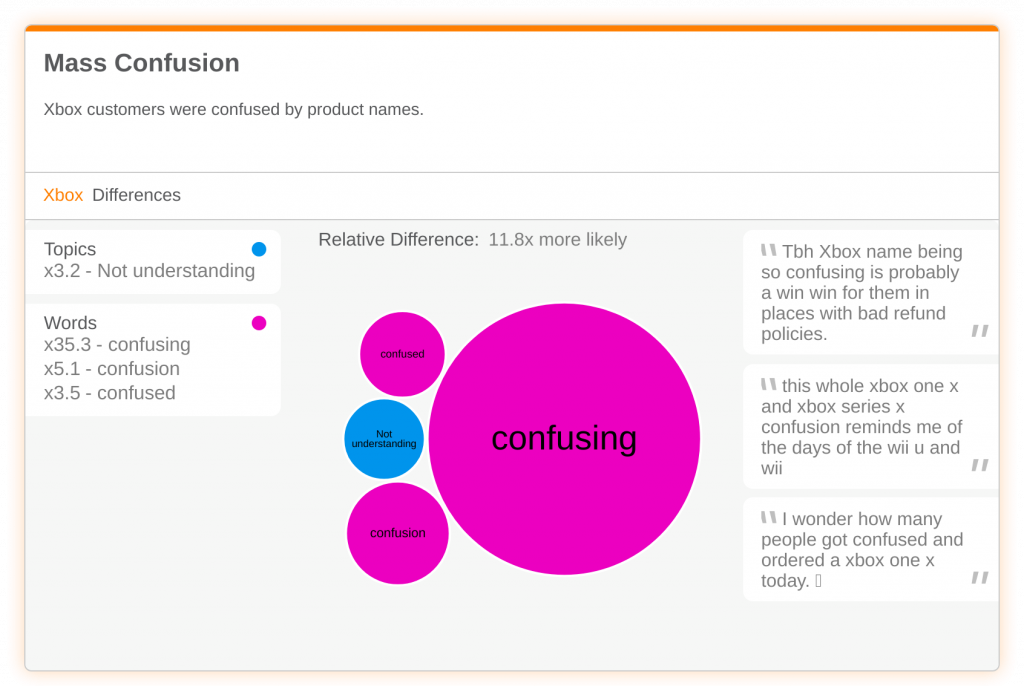 At first glance, these two product launches appear quite similar: challenging and chaotic. But with deeper text analysis, we can uncover social insights distinctive to each brand and its customer base.

Give us a call to see what we can do with your data by hitting the button below.