Carrie Bradshaw is known for her iconic tutu and stiletto heels. Blair Waldorf popularized headbands and preppy blazers. Fashion is part of their identity.

With an upcoming Sex and the City revival called And Just Like That, and ongoing Gossip Girl reboot, it’s obvious these shows haven’t lost their cultural influence – but just how much does character styling influence viewer opinions and actions?

By comparing social media listening data discussing Gossip Girl and Sex and the City against this set of comparably popular shows, Relative Insight will uncover the differences in how people talk about each series. This form of social media analysis pinpoints the topics, words, phrases, grammar and emotion unique to conversations around each show, revealing to us the importance of fashion to SATC and Gossip Girl viewers.

Both Sex and the City and Gossip Girl viewers were infinitely more likely to talk about the topic of clothing and fashion TV trends seen in each show.

SATC viewers framed conversations around specific items worn in the show and the distinct styles of each character. We observed significant use of words like shoes, dress, outfit, wears, and clothes. These usages found in social media listening data referenced the original series that ran from 1998-2004 and the upcoming revival. 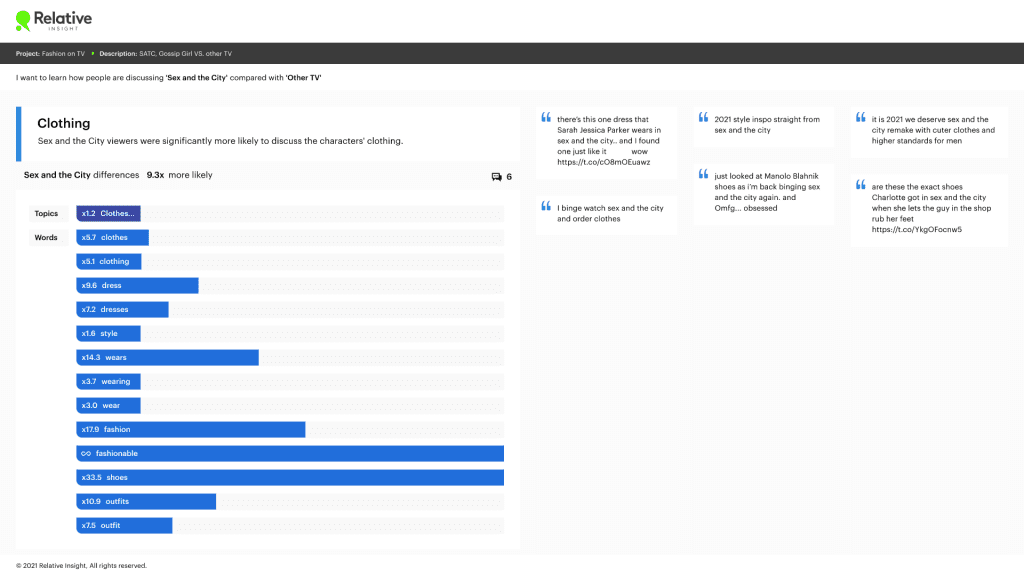 In our separate analysis of Gossip Girl, conversation around fashion focused on how the show’s stylists styled and dressed the characters. Stylists were viewed as being responsible for clothing choices – whereas in SATC, viewers associated clothing with specific characters within the context of the show’s fictional universe. Most Gossip Girl references pertained to the 2021 reboot, featuring all new characters. 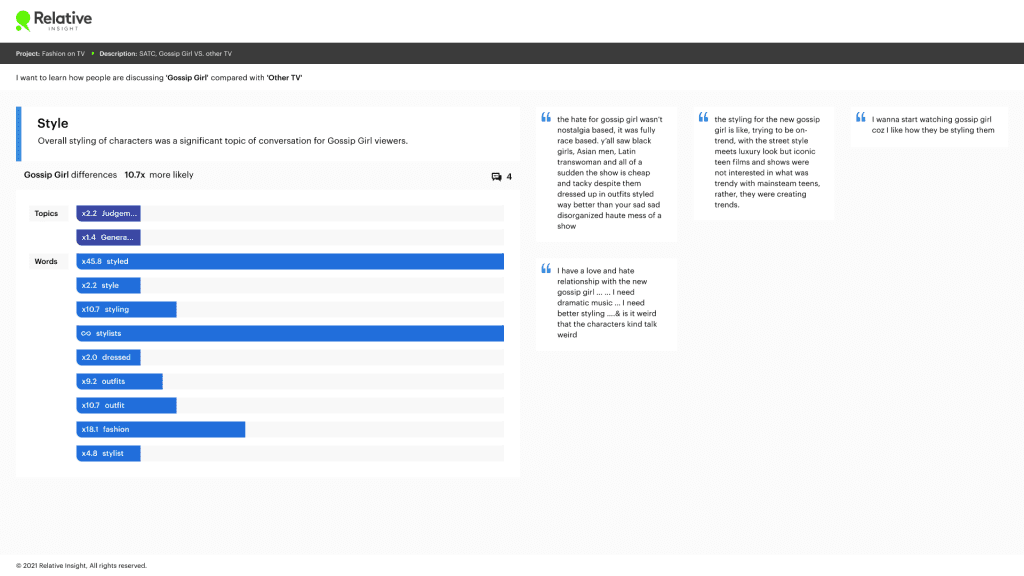 Not only did viewers admire the clothing, the styling influenced fans to dress like their favorite characters. Fashion TV trends motivated fans to go shopping, but viewers of each show used different words to describe their intent to buy. SATC conversations found in the social media listening data were more likely to include words like shop, love, order and designer. Gossip Girl fans were more likely to mention the words buy and buying. 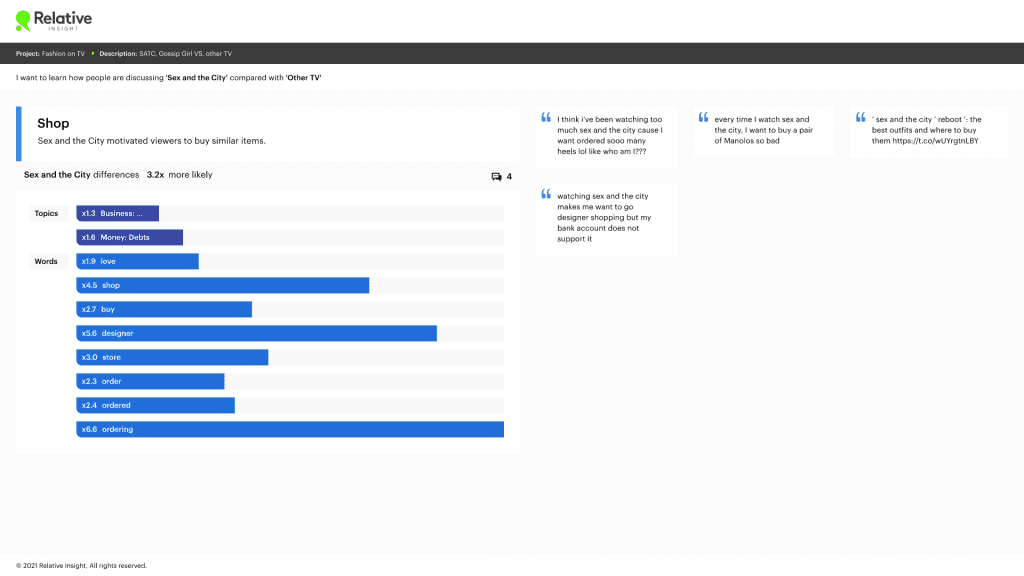 Gossip Girl viewers used adjectives to describe their thoughts on the show’s fashion choices. Opinions on the reboot were polarized – some loved the modern, diverse take on the show, others found the clothing choices and production tacky. Fans were more likely to use a range of adjectives like cute, beautiful, bad and awful. 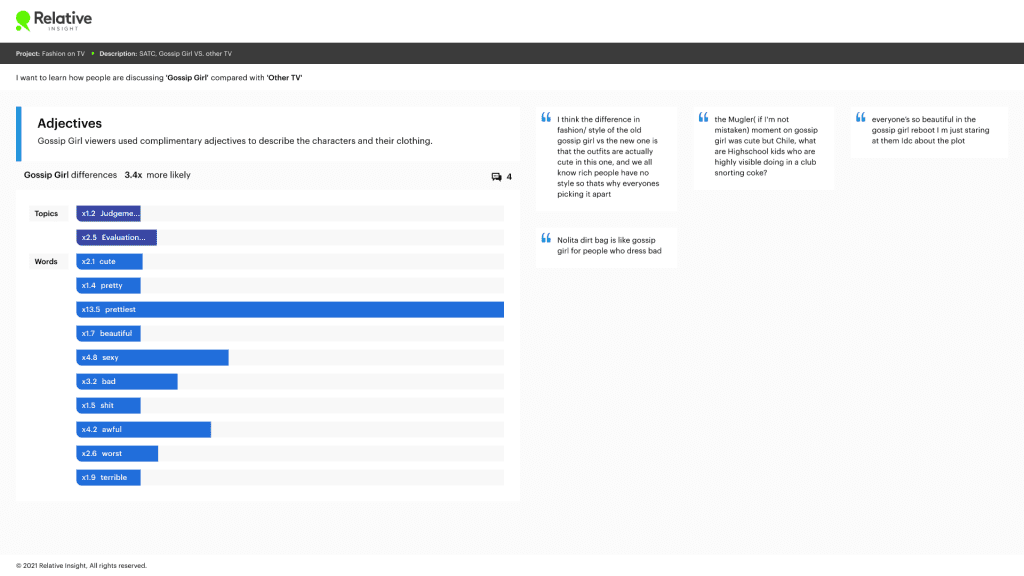 When a TV show successfully embraces a focal point – like fashion – it becomes synonymous with the plot. Fans have gravitated toward these two shows specifically for style inspiration and allowed fashion TV trends to impact their purchasing behaviors.

With text analytics, social media listening data has to power to uncover the unique opinions and preferences of specific groups of consumers. Knowing what makes people tick can fuel powerful marketing communications and influence product and brand strategy.