The scenes in the Capitol last night were horrifying. Protestors forced their way into the building whilst Congress was in the process of certifying Joe Biden’s electoral win. Usually sombre and formal, proceedings rapidly started to look like something out of an action film.

Many people have started to point the finger of blame at the former President of the United States, Donald Trump for “inciting violence”, but here at Relative Insight we’re all about the language.

We took a look at the speech that Trump made at the rally a few hours before the violence began, to see if the language that he used could have prompted such actions from protestors.

We compared his speech yesterday to one made on January 4 to see if there were any significant linguistic differences between the two.

Emotional arousal
Throughout his speech Trump repeatedly refers to hurt, death and being ashamed, and these emotive words can serve to increase an emotional state of a listener. Trump’s words could have heightened the emotions his supporters already felt, or they might have served to inspire a riot. 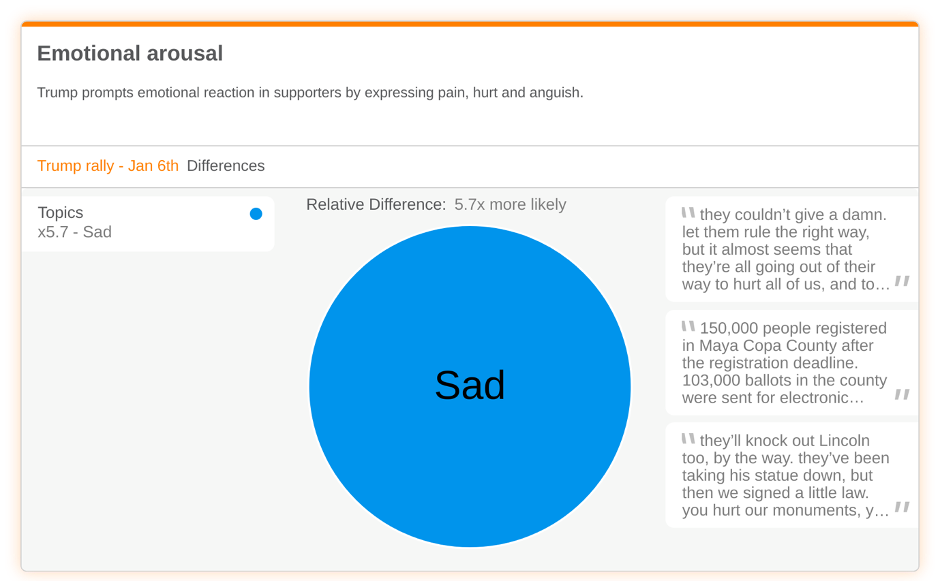 ‘Out’-group derogation
By using language such as they, them and the radical left Donald Trump is effectively creating an out-group. By emphasising the wrong-doing of people who are ‘not like us’, Trump seems to increase feelings of hostility and anger towards anyone who is not a Trump supporter. 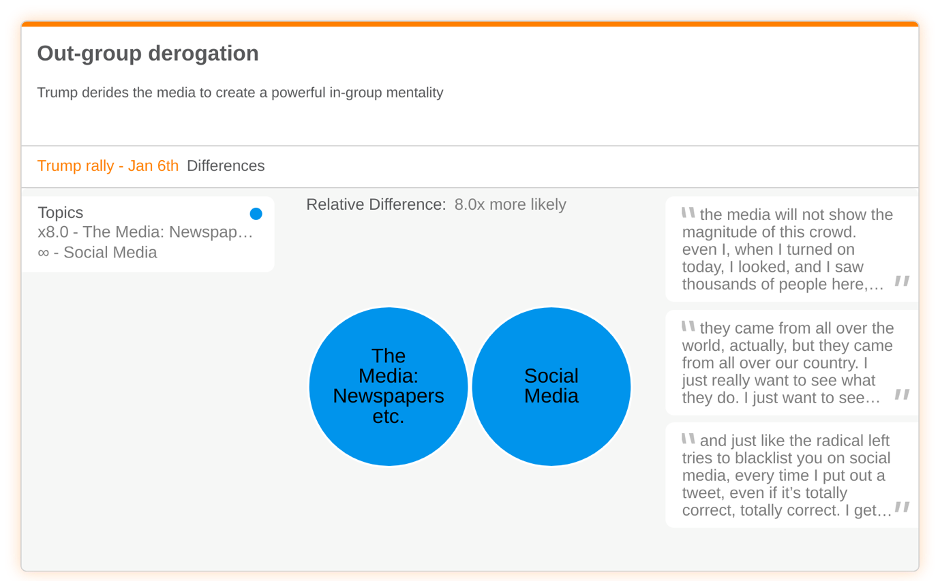 ‘In’-group suffering
In his speech, Trump highlighted to his supporters the so-called illegal activities that have gone on, as well as mentioning the corrupt system.

This distinct labelling of anti-law practice is likely to have been perceived as an attack on the ‘in-group’ – the Democrats and serve to further cement the in-group bias being experienced by Republican Trump supporters.

This use of language serves to create unity among Trump supporters, in the sense that they have all suffered at the hands of the opposition. 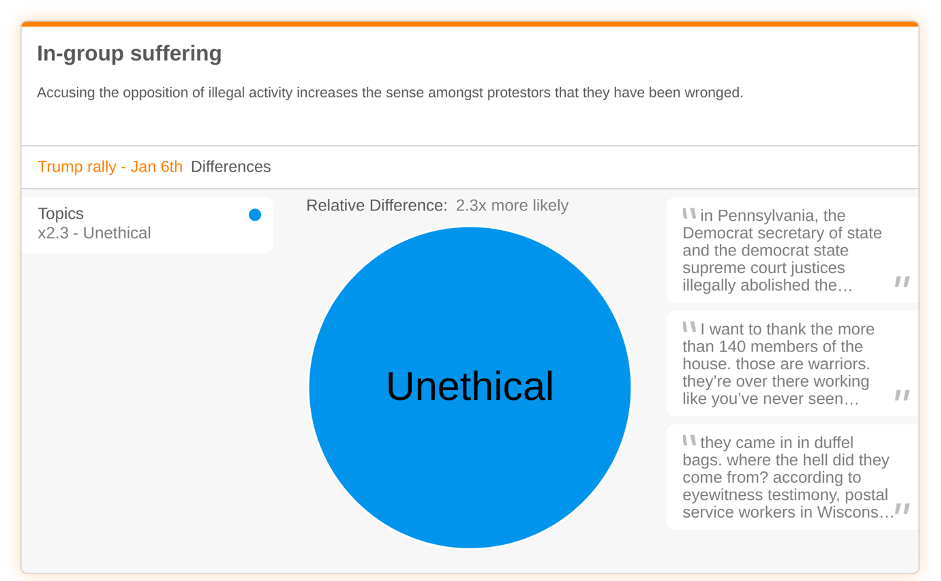 Prompts to action
Trump did not overtly incite violence, nor did he encourage his supporters to break into the Capitol.

He did however speak of being brave and he also encouraged people to act with courage. Our analysis showed that out of context he did also repeatedly use the word close.

Combining words about bravery, with linguistic cues that signal short periods of time could perhaps have given supporters the push they needed to act. 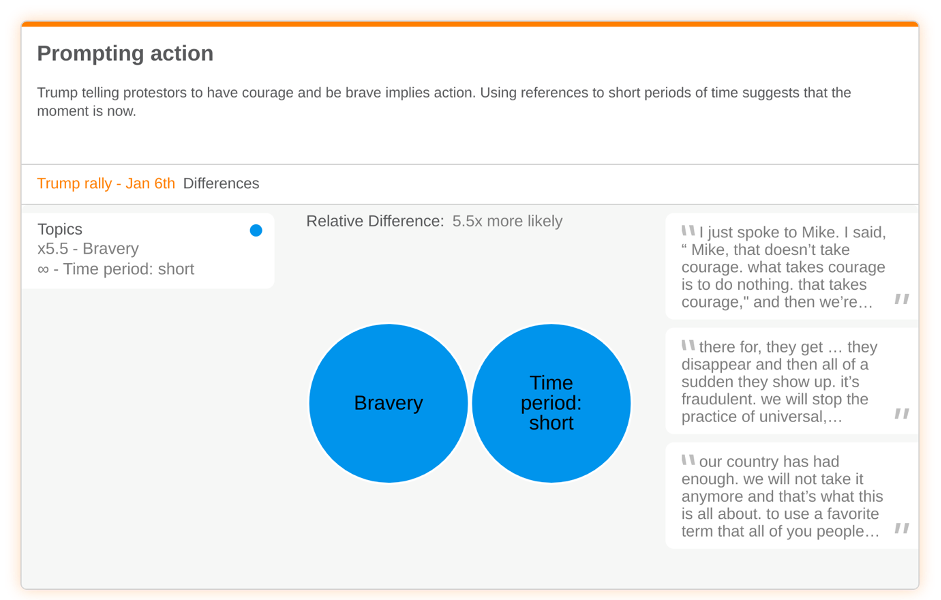 Relative Insight can analyse data from any language asset, we’re data agnostic and can layer on top of your social listening tools or any text data you have.

See the platform in action