Say what you want about Kanye West, the man knows how to get people talking. The controversial artist has released 13 albums since 2004, and still manages to shock audiences.

Brands are using Relative Insight to uncover linguistic differences over time, which made us think: How have Kanye lyrics evolved over the course of his career?

We uploaded every single Kanye West lyric – more than 60,000 words – to Relative Insight, a text analytics platform which uses comparison to analyse huge volumes of qualitative data. We compared the lyrics from Donda against all of his other albums combined, to understand what makes Kanye’s newest album stand out from the rest.

Relative Insight combs through text data to uncover the words, phrases, grammar, topic and emotion unique to each set of lyrics. This form of comparative analysis enables us to understand how Kanye’s lyrical perspective has shifted with his latest release – and maybe find a few secret hidden messages within his songs.

An overarching theme that we observed in our analysis of Donda was the use of religious references. In comparison to his earlier albums, Kanye is 6.7x more likely to use words with spiritual connotations such as angel, devil, jesus, lord and demon. This suggests a greater focus on religion, demonstrating how Kanye West lyrics have been heavily influenced by the artist’s faith. 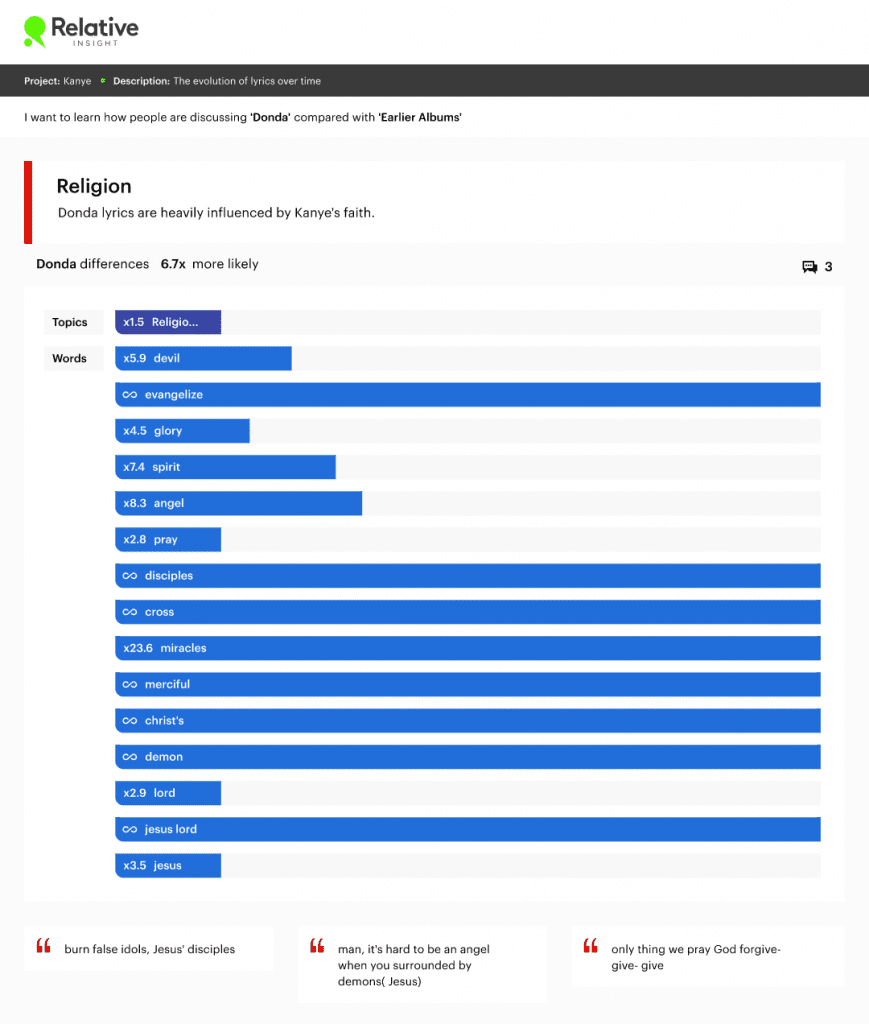 The second theme our analysis revealed was that Kanye West lyrics heavily reference the idea of family. He uses words like mother, son, child and father throughout Donda. This is fitting, as the album’s namesake is Kanye’s own mother.

Kanye also plays with the juxtaposing ideas of pain and relief, suffering and forgiveness throughout Donda. Lyrics include words like pain, scarred and suicidal depict the idea of suffering. Whereas the concept of relief is addressed through the words heal, repent and sleep. This again ties back to the spiritual element of the Kanye’s latest album and the idea that all sins can be forgiven, which is a prominent theme in Christianity.

In comparison to Donda, Kanye West lyrics looked quite different in his earlier albums. In line with early 2000’s hip hop music, Kanye talked about women… a lot. He used words like girl, girls, chick, ladies and women throughout his hits. These words were often used in conjunction with sweet, cool, beautiful, cool and sexy.

Throughout Kanye’s earlier albums, women are viewed within the context of sex and relationships – which we observed through words like love, kiss and sex. This is a stark contrast to Kanye’s latest album, in which women are seen through the lens of motherhood. 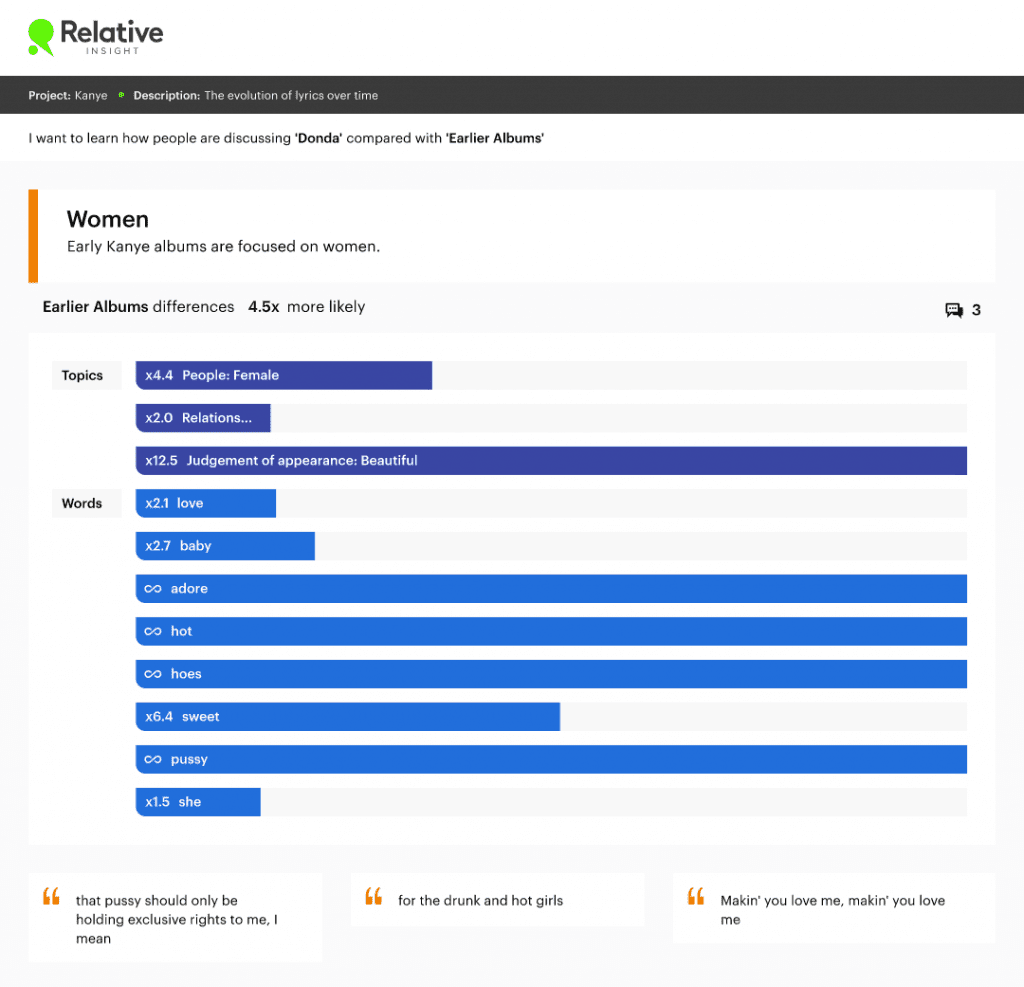 The final theme we observed in Kanye West lyrics from earlier albums was money and profanity. Kanye was more likely to use words such as money, lottery and currency. He also used a whole list of inappropriate words – only a few of which I will name – like bitches, hella and motherfuckin.

Kanye continues to have a lasting career due in part to his ability to evolve – lyrically, visually… even politically. By tracking and analyzing lyrics over time, we are able to understand Kanye’s musical evolution on a greater level as the language he uses adapts to his current stage in life. And this is just one of many text analysis examples or platform can be used for!