Analyzing the language used by celeb chefs in their cook books

With Thanksgiving right around the corner, food is on the brain. We can almost taste the buttery mashed potatoes and juicy roast turkey from here. There are still a few days until we can actually taste those things, but we can do a little holiday-themed text analysis in the meantime.

A recipe is more than just a culmination of ingredients. The words, grammar and tone used by the author can impact the readability and success of a recipe. We sought to pinpoint which linguistic techniques are more likely to result in a delicious dish. To uncover the differences in the language used by four celebrity chefs – and to see how each celeb chef differentiate themselves – we compared recipes from Ina Garten, Chrissy Teigen, Ree Drummond and Bobby Flay.

Using Relative Insight, we analyzed the instructive text in various Thanksgiving recipes – over 36,000 words total, with foods ranging from Cheesy Bacon Jalapeno Cornbread to Arugula and Radicchio Salad. Not only do recipes from each chef differ in terms of ingredients and technique, they also vary – crucially in language and tone of voice. 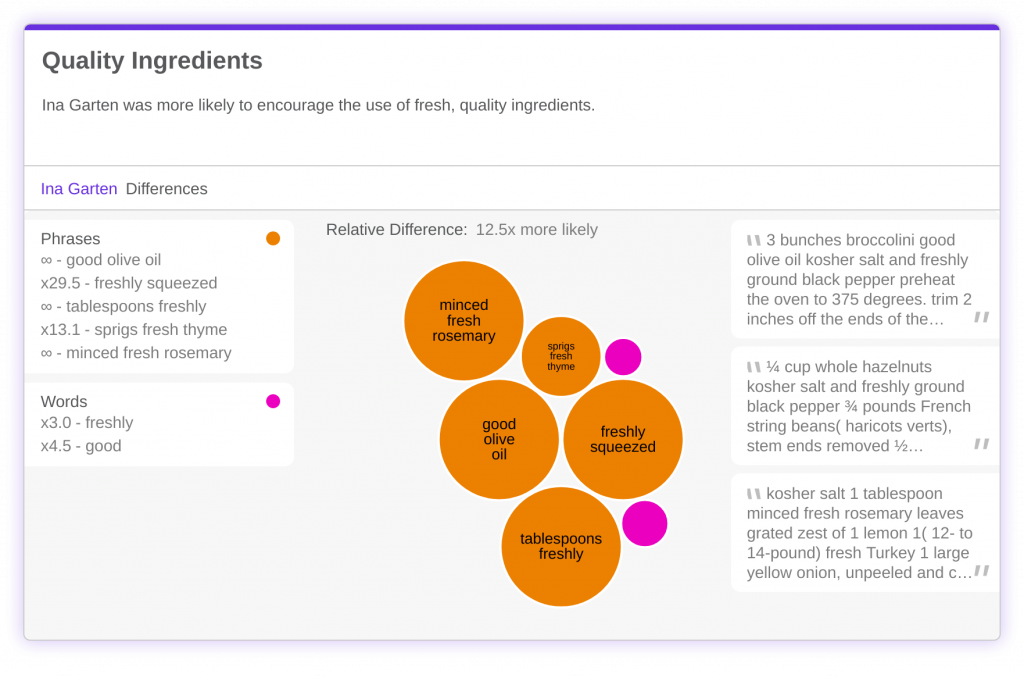 Chrissy Teigen is well-known for ‘winning Twitter’ with her notorious tone of voice and acerbic wit – and it comes through in her recipes. She’s a home cook herself, and uses descriptive language full of flavorful adjectives when detailing her recipes. Chrissy’s  cookin’ “Sweet and spicy butter-roasted butternut squash,” “Garlicky sauteed spinach” and “Cheesy green bean casserole” to name a few.

Chrissy Teigen is anything but a minimalist. Her recipes encourage ‘lots’ and ‘more’ of spices and ingredient amounts. If a little is good, more is better – right? 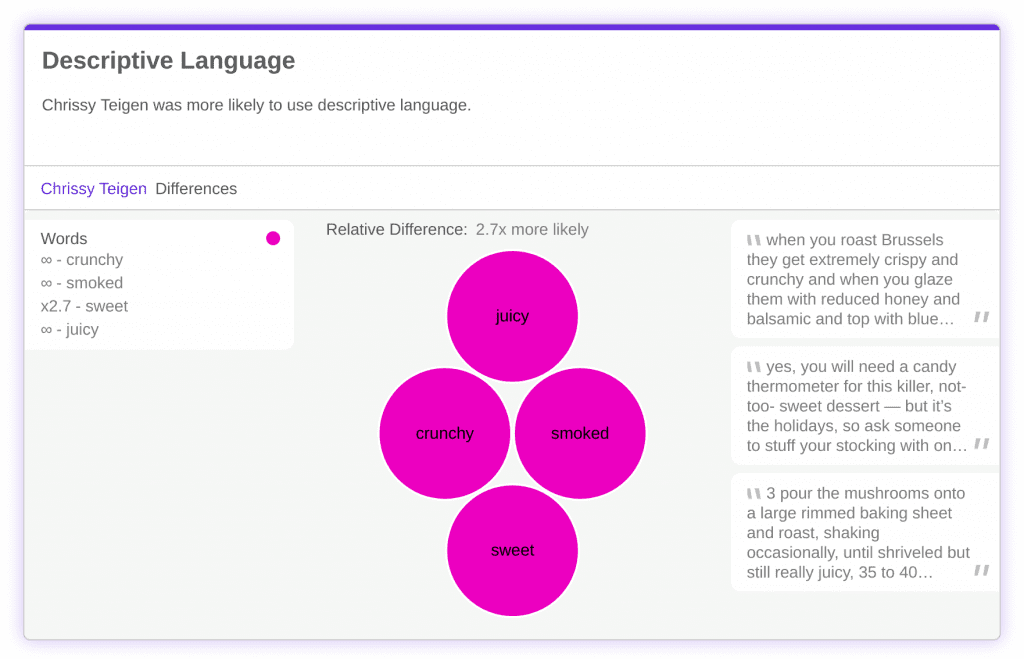 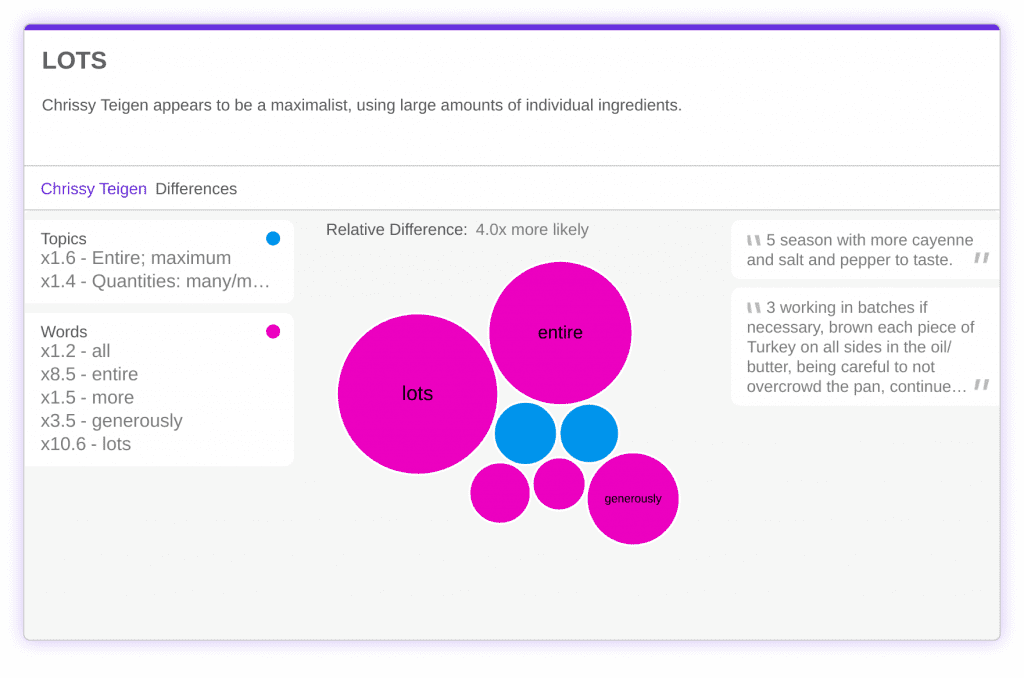 The Pioneer Woman, Ree Drummond, uses linguistic tools to create an informal and readable tone of voice. She writes in the first person and often refers to the reader directly in the second person.

Ree Drummond also writes approachable recipes through the use of vocal injections like ‘hmmm’ or ‘oh.’ These techniques make the reader feel as though they are having a conversation with the author herself. 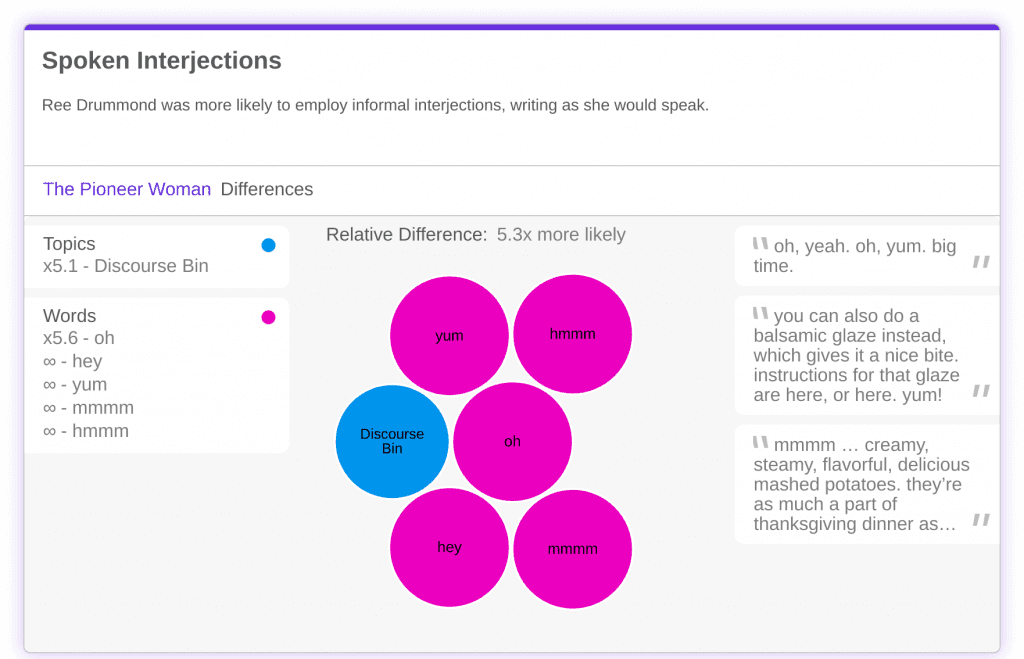 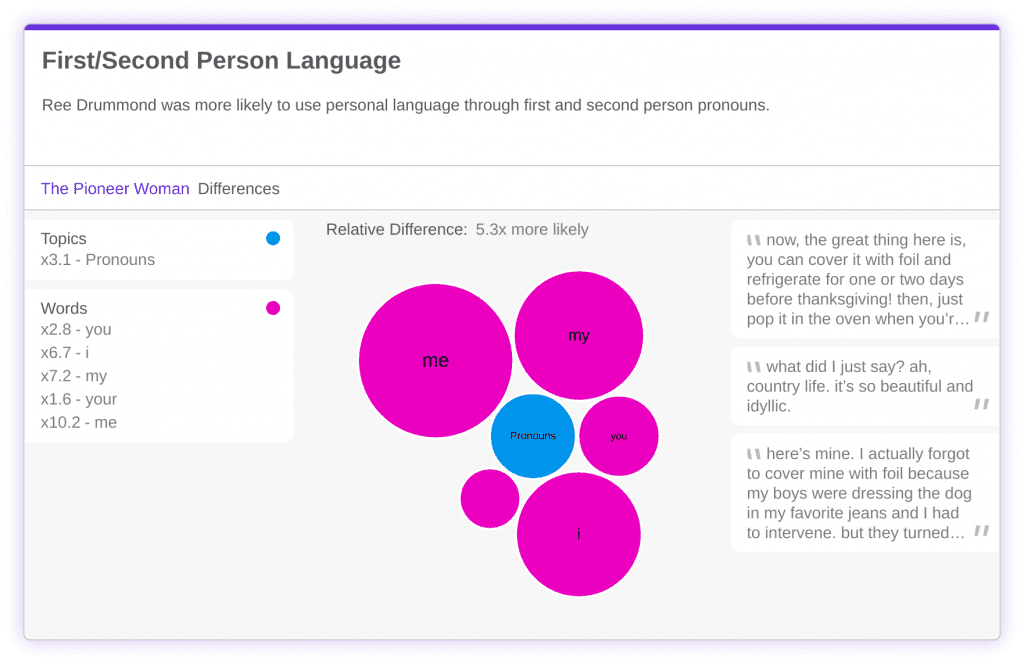 It’s true to say that these days foods are often villainized in the wake of new, trendy diets and nutritional movements. Is gluten bad? What about meat? Fats? Ree Drummond says no – to all of it. She encourages her readers to reject the food guilt and think more acceptingly about all food groups. 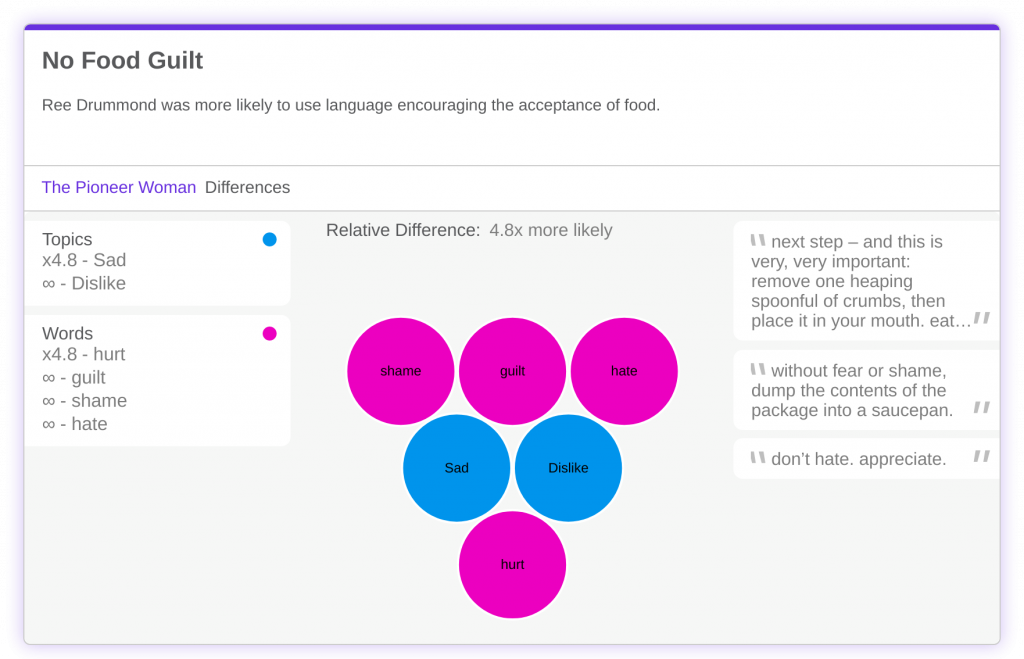 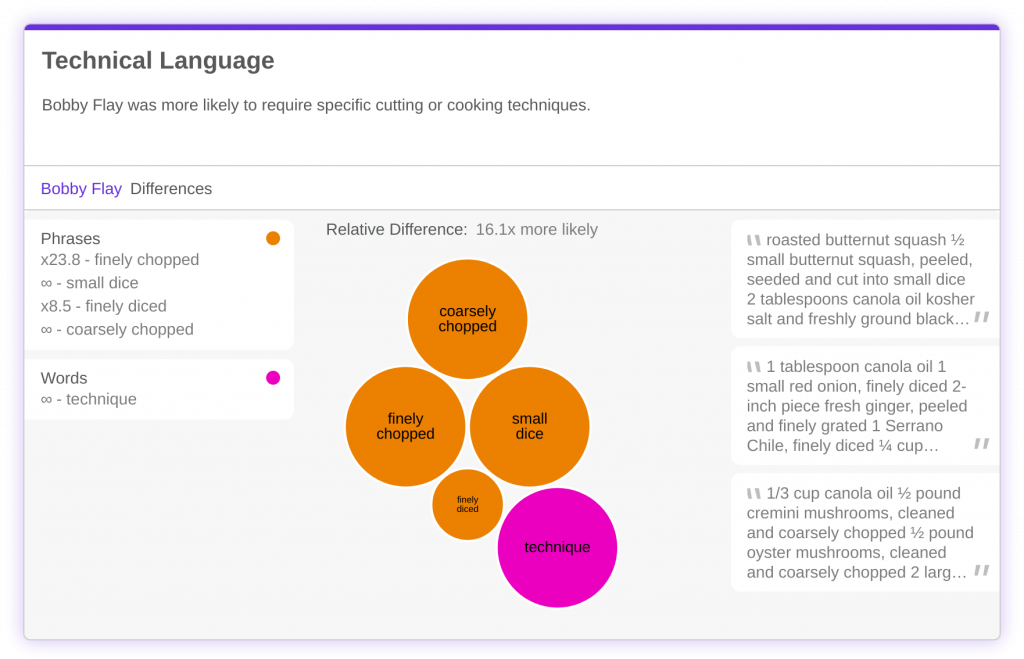 So the next time someone asks you to quickly jot down the recipe of something delicious you’ve made for them, be conscious that the words you choose can impact how well it comes out in the future.

And … cut! A competitor comparison of streaming services to analyse why people cancel