From contemplative to angry: sporting fans under lockdown

For many sporting fans over the last few months, the return of the German Bundesliga and live golf has offered a beam of light at the end of what has been a pretty dark tunnel – but tonight is finally the night, when the Premier League comes back to our screens!

I don’t support Aston Villa or Sheffield Wednesday, but I’m delighted to have them back in my life – but roll on Friday, when I get to watch my beloved Spurs play again.

In the absence of live sport during the pandemic, I have kept busy by rewatching (and reliving) some of my favourite sporting moments, such as Team GBs Olympic gold medal-winning hockey match in 2016 and the infamous 2018 World Cup shootouts between England and Columbia. Yet, this left me feeling nostalgic, yearning for the suspense and excitement of live sport.

Knowing I couldn’t possibly be the only one feeling this way, I was interested in how others were talking about the future of their favourite sport. The disparity in the information being provided by governing bodies and proposed kick-off dates lead me to wonder, are all fans feeling the same?

To do this, I collected data from fan forums, and used Relative Insight’s technology to compare the conversations across three different sports – tennis, hockey and football.

Tennis fan discussions revolved around the impact of current restrictions on the short-term future of their sport. These fans were 5.9x more likely to talk about how they will be able to physically watch the sport. Questions were raised to whether matches would be played in empty stadiums – or how social distancing measures would work for fans in stadiums. 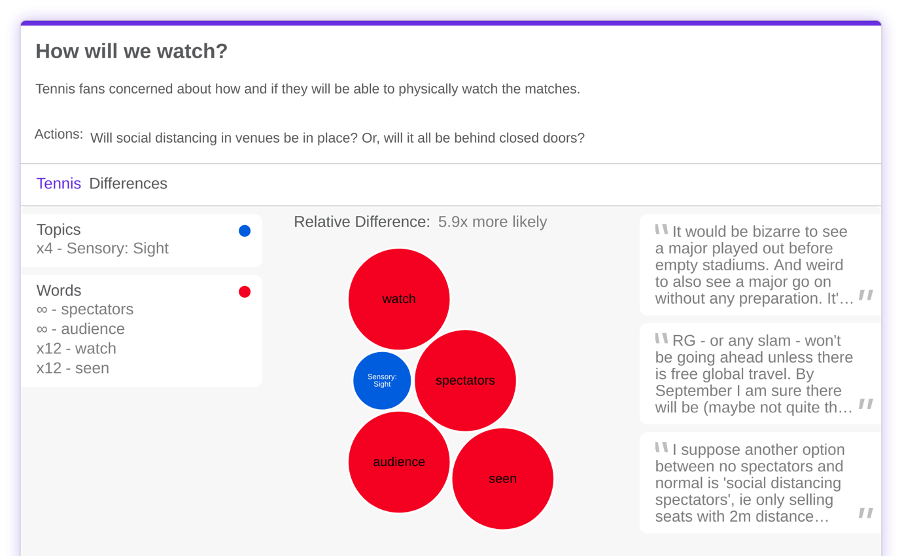 Moreover, tennis fans spoke about their concerns for player well-being if play was to restart. Fans were concerned about the risks of restarting on players’ health, and were 6x more likely to talk about the topic of disease. They also discussed ways to protect players’ health, including the potential use of a vaccination. 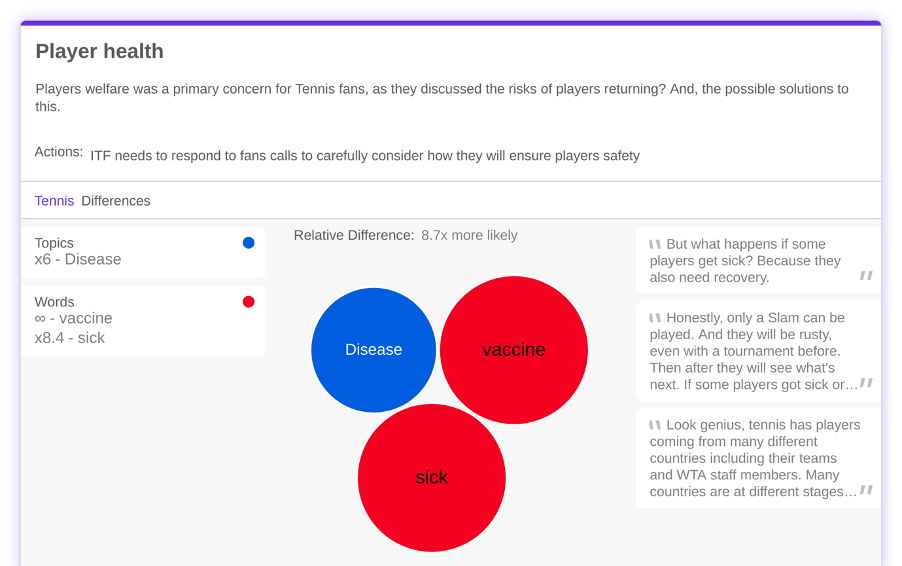 Hockey: a better system for the future?

In contrast, hockey fans were more future focused in their discussions. Hockey fans were 2.1x more likely to talk about the future of the sport compared to tennis or football fans.

Conversations focused on using the current disruption as a chance to make adjustments to the sport which would ultimately be for the better. Fans were 3.6x more likely to use general comparative adjectives such as “better”. Hockey fans were also 1.8x more likely to use modal auxiliary verbs with questions such as: could there be a better format for the sport? 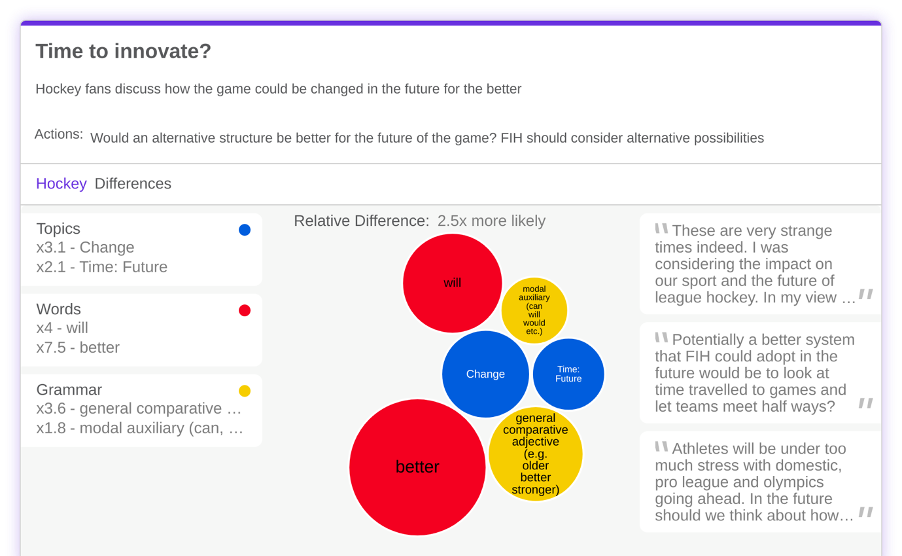 Football fans typically have not been warm to the idea of things getting in the way of them and their beloved game of football – and COVID has been no exception. Due to the introduction of new technologies like VAR, discussions were filled with words such as “ridiculous”, “stupid” and “idiotic” – with fans being 5.8x more likely to use negative language compared to other sports. 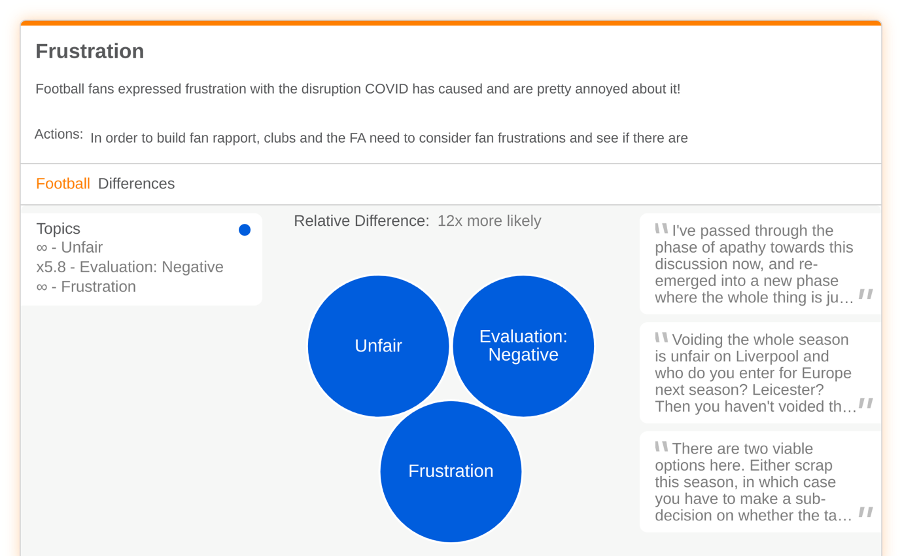 It is clear from the discussions that the feelings fans are having about the future of their sport differ radically. As leagues contemplate their reopening strategies, these differences can help them craft approaches that reflect what is important to their fans (because after all it is the fans that pay the bills).

Tracking the beauty inclusivity movement over a decade