Different writers use different literary devices to connect with audiences and capture their imaginations – Amanda Gorman’s now immortalised inauguration poem provides a perfect example. Throwing back to our roots using comparative text analysis to analyse books, we wanted to honour our heritage with some literary analysis.

We compared a sample of text from the current New York Times bestsellers in Fiction and Non-Fiction to uncover linguistic differences between the two works. Because these books are topically very different, we are excluding any content-based insights and only highlighting grammatical findings. This text analysis can help us understand differences in technique from both author and genre.

The NYT Fiction Bestseller Ready Player Two by Ernest Cline uses adverbs to create a narrative. He takes readers back in time, using the word ‘ago’ – often detailing specifically how long ago. Our analysis also found the author more likely to use adverbs like ‘then’ and ‘now.’ This keeps the timeline vague, while still directing the reader through the story.

In the NYT Non-Fiction Bestseller A Promised Land, Barack Obama uses the calendar year to relay the passage of time. He was more likely to use specific months to let readers know when the events occurred. As a piece of Non-Fiction, this tool is important in providing factual storytelling. 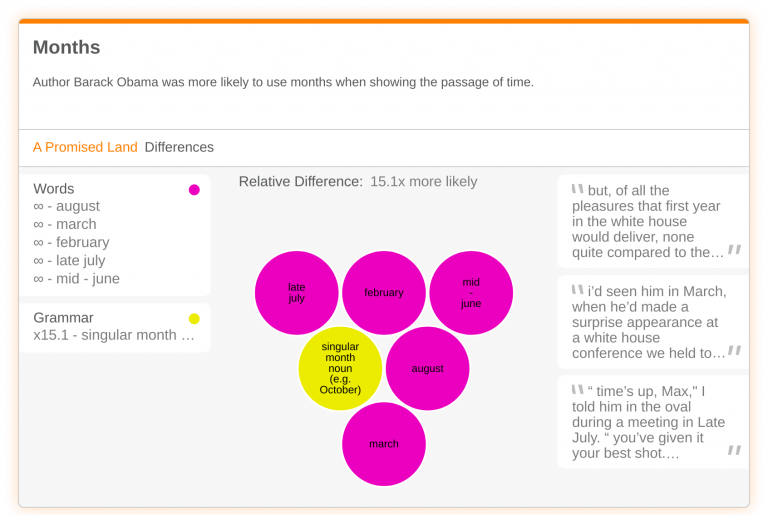 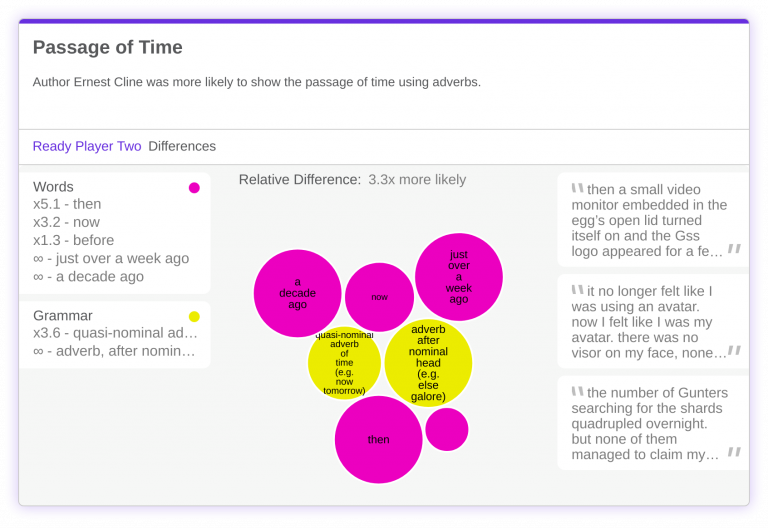 While both books are written in the first person, Ready Player Two was more likely to use first person singular pronouns.

A Promised Land is a memoir, but Obama was more likely to use first person plural pronouns like ‘we’ and ‘us.’ This word choice implies that his presidency was a collective effort. 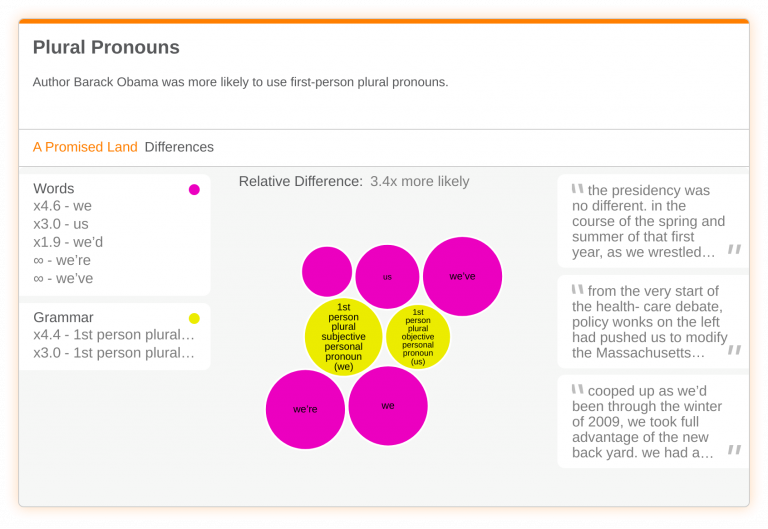 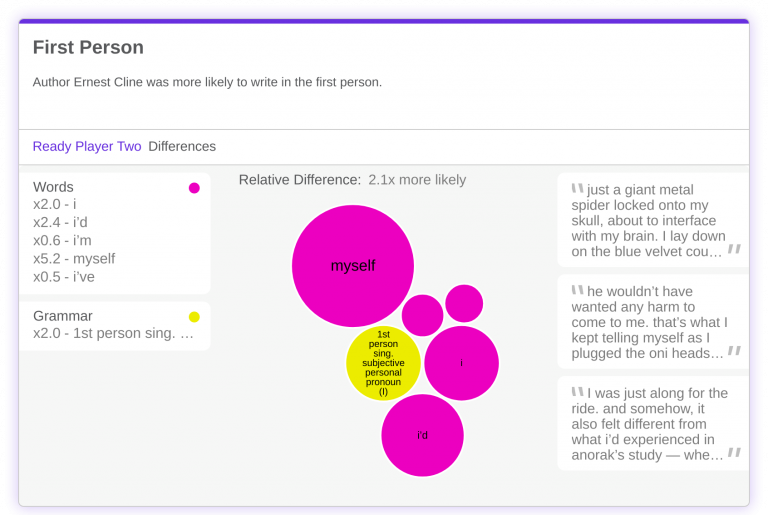 Both authors write about events of the past, but use different verb conjugations to do so. Cline kept it simple and was more likely to write in the past tense. 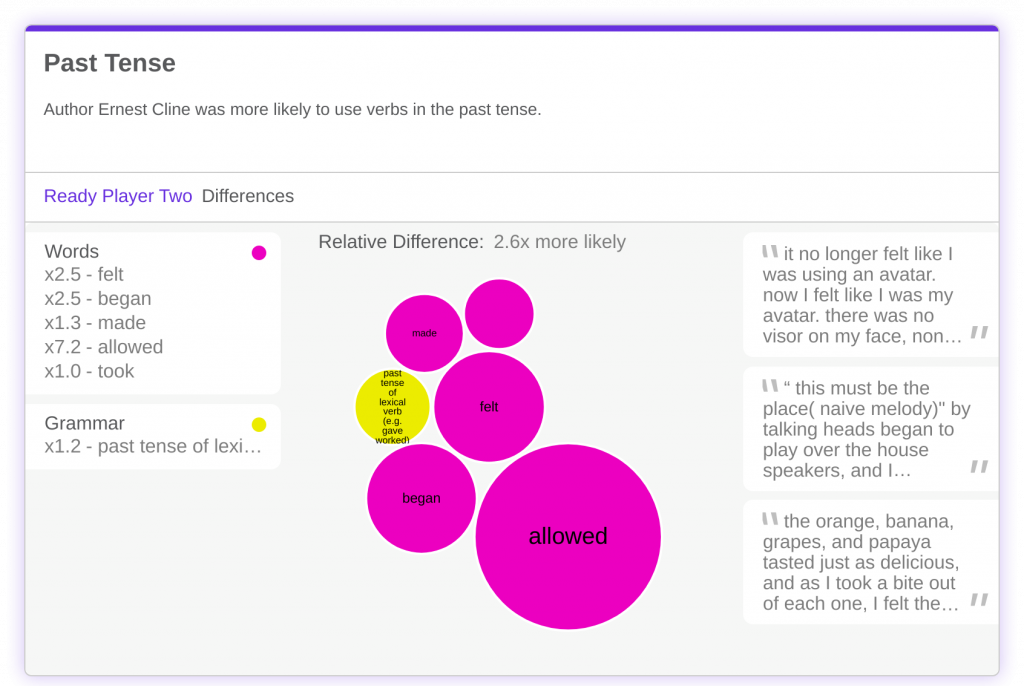 We found Obama to use more Present and Present Participle Verbs to tell the story as though it was actively taking place. Verbs ending in -ing can employ a passive tone of voice, using ‘was’ or ‘were’ beforehand. Although often frowned upon, passive voice can be useful when emphasizing the action taking place and not the subject. 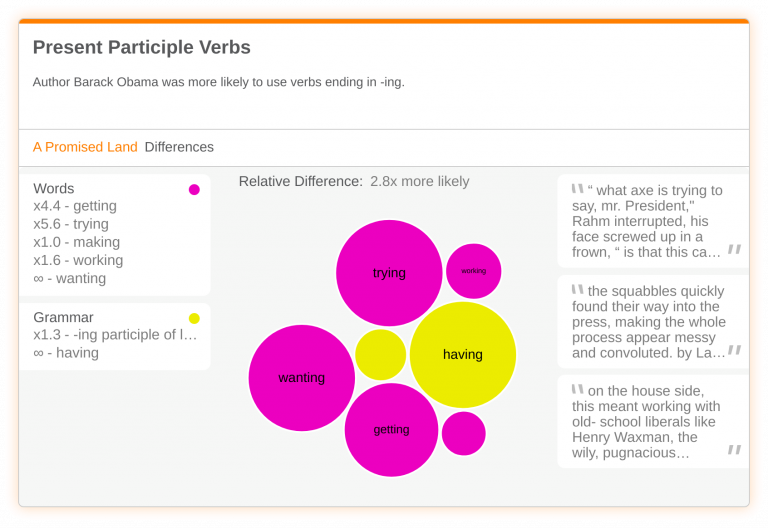 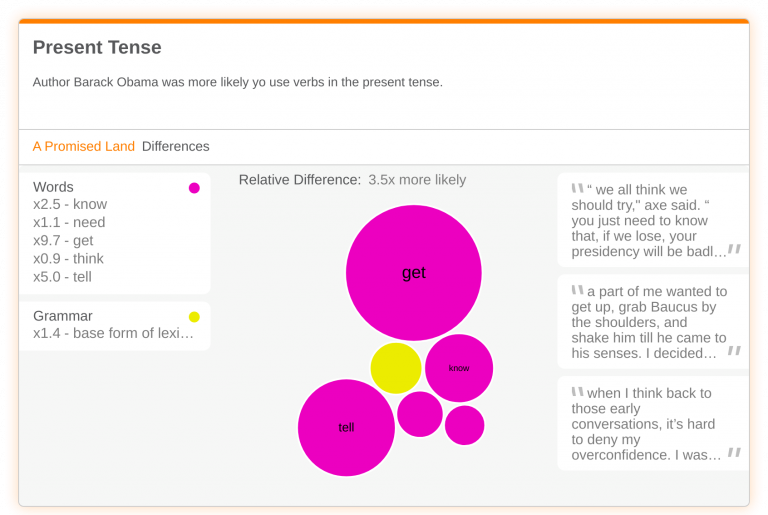 As a story told from a first person perspective, Ready Player Two used interjections like ‘oh’ and ‘yeah’ to create a conversational tone of voice. 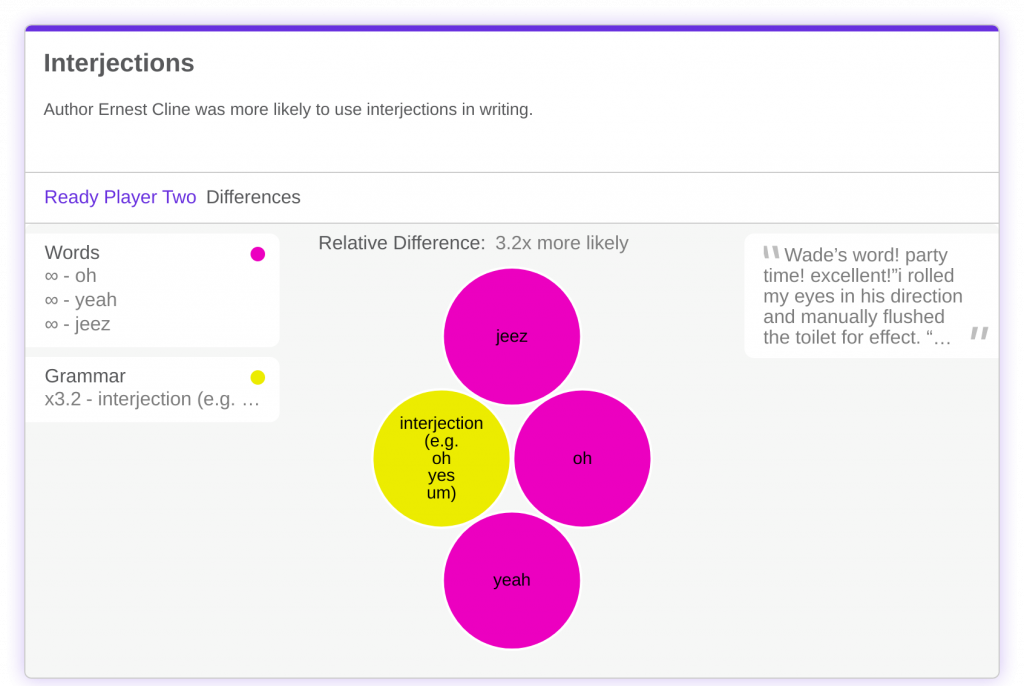 Our analysis found Obama more likely to use comparative adjectives like ‘better’ or ‘larger’ as descriptive tools. This is indicative of political polarization – in which people, territories and ideas are often put at odds with one another. 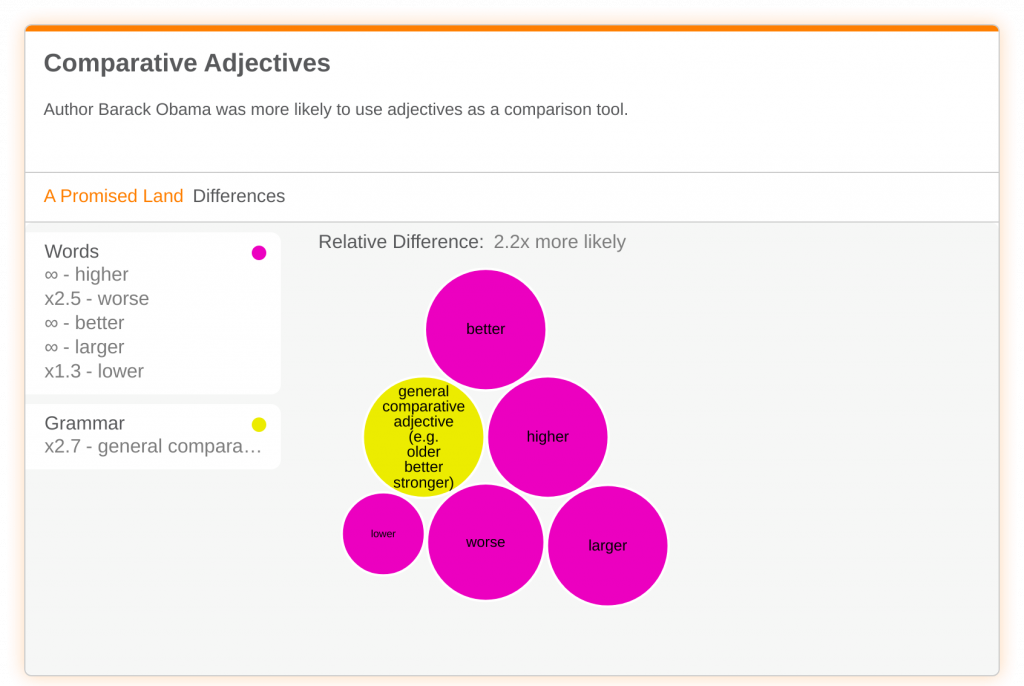 These language insights are no coincidence. Every word, syntax and grammatical rule is a choice, used to envelop the reader in the author’s universe. It’s more than just the plot that keeps you hooked.

Contact us using the form below to see what we can do with your qualitative data!