With Boz’s new ‘rule of six’ coming into force in England this week, groups larger than six are once again a no-go. This has been the source of much controversy considering we are still being encouraged to return to work.

Now more than six months into the pandemic, I have found it fascinating to observe how different groups have reacted to the crisis – specifically when it comes to wearing a mask. While I get infuriated seeing a nose peeking out the top of a floppy mask on the tube, I was curious to explore how different groups speak about the issue.

Relative Insight analyzes the written word to uncover the differences in how people speak. Using Relative, I analysed conversations on Mumsnet and compared it against Reddit forums to understand how mothers feel about masks compared to the general population.

Forum analysis uncovers the unique opinions of groups discussing a specific topic. This form of social data research is key in understanding opinions on niche topics over time and across demographics. Here’s what I discovered…

A generation of rule followers 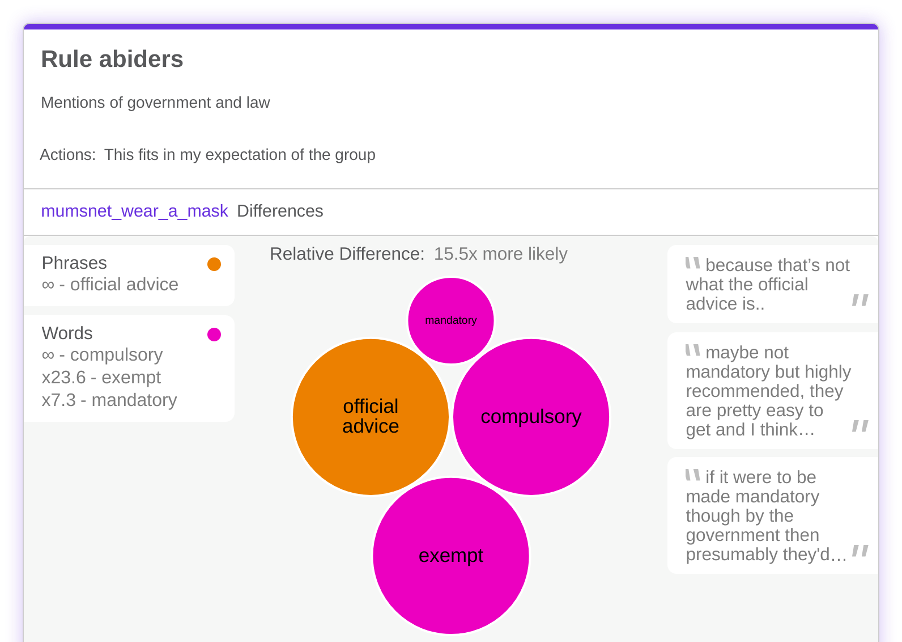 Through social data research, mothers appear to be speaking more about official guidelines and playing by the rules. They are also far more likely to discuss exemptions from the rules, with the term ‘exempt’ being nearly 24x more prevalent in the Mumsnet sample. 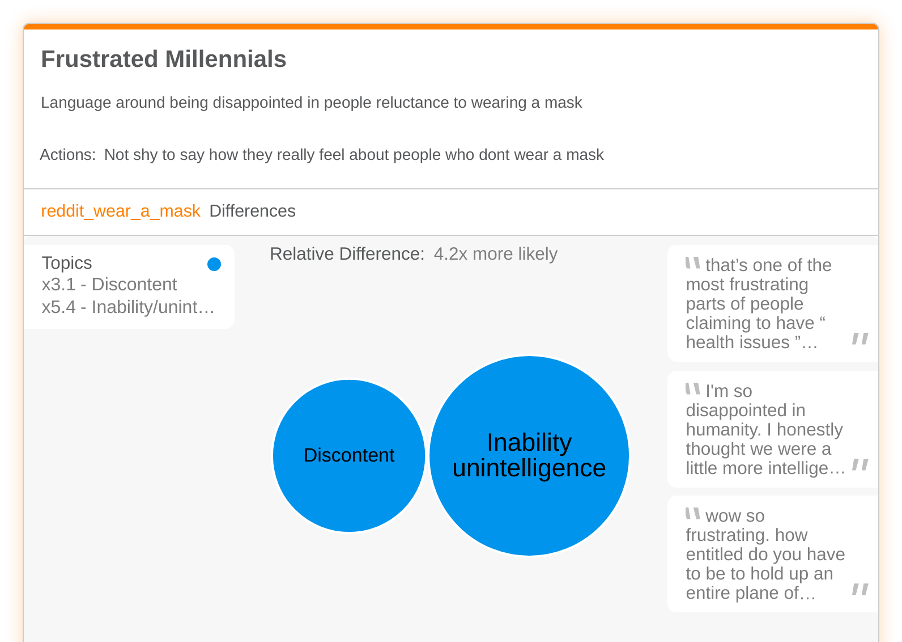 True to the stereotypes, Reddit users (typically younger than their Mumsnet counterparts) are 4.2x more likely to complain or express frustration as evidenced by the increased presence of ‘discontent’ and ‘inability’ as topics. Examples show this being directed towards those acting as though they are above the rules or causing public disturbances.

Questioning the effectiveness of masks 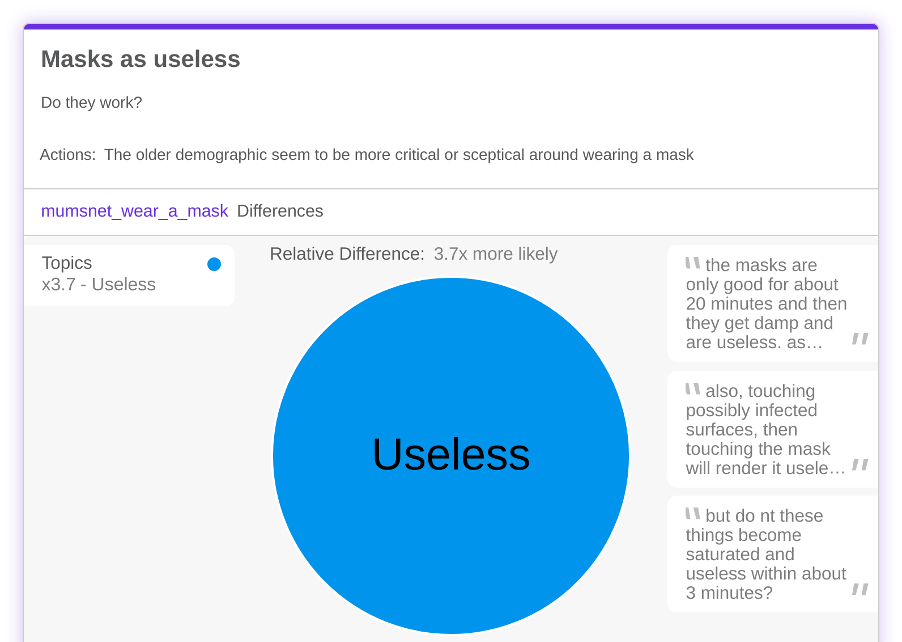 Despite much discussion over the rules, mothers are more likely to criticise and question the effectiveness of masks. Specifically they mention how masks are rendered useless as a result of poor quality manufacturing or normal habits such as touching your face.

Putting forth their best effort 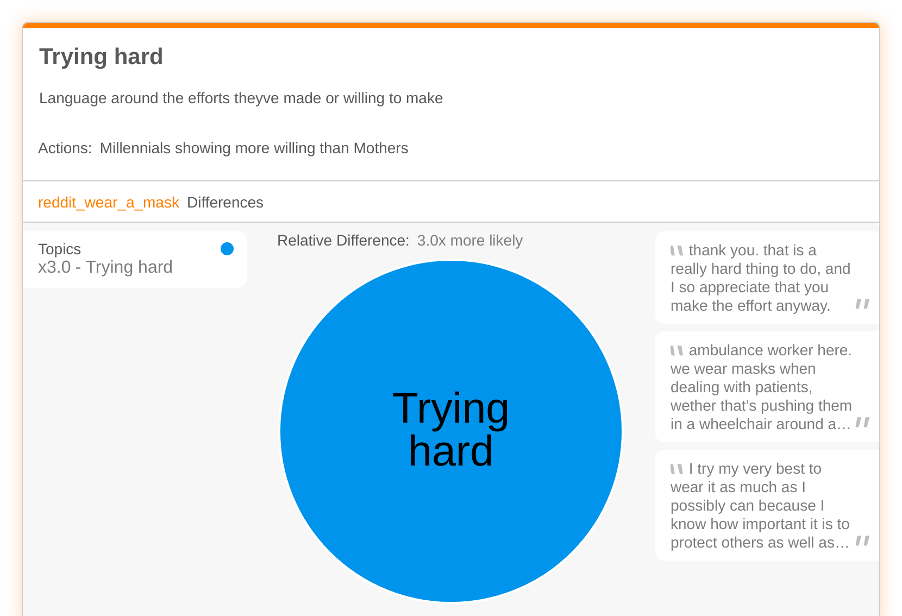 The Reddit crowd, in contrast, are more likely to discuss their efforts to uphold the rules and prevent the spread. The topic of ‘trying hard’ is 3x more prevalent among this group than with mothers – but with a surge in cases being blamed on young people, are their best efforts enough?

This comparison showcases how mothers are more likely to discuss the rules and fancy themselves to be experts on masks. On the other hand, the younger generation, represented by the Reddit sample, is more likely to talk about what they are doing to play their part while shaming those who skirt the rules. In this case, social data research can be useful for informing communications to promote good habits as we collectively try to manage the pandemic.